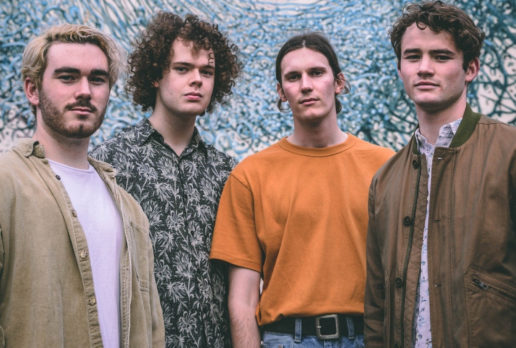 Australian indie rock band Cloning approached IndieX with a simple goal: they wanted to grow their shows into something bigger and more reliable.

Having been a band for a few years, they had developed their show into something worthwhile and thrilling, but still hadn’t cracked the code on figuring out how to pull in new authentic fans.

Aside from a couple thousand Instagram followers, the band had not done much to develop their social media presence before signing on to our agency.

Wanting new fans of the band to come to a show, the first thing the IndieX team needed to do was get people outside of the band’s circle listening.

We worked with Cloning to strategize on a simple living room performance video for a song that wasn’t yet out on streaming. Our team then took this video and ran a large Facebook Ad campaign testing several audiences representing similar sounding artists and bands, focusing the budget on the best performing audiences and let it run almost indefinitely throughout Australia, as well as a number of other countries around the world..

The video was a hit and continued to pull in over 300,000 views over a few weeks time and generated tons of hype for the song.

With this influx of new watchers and listeners, we set up another campaign that immediately delivered other videos to the Australian listeners coming in from the lead video. This way we were sure to keep these new fans engaged and build an audience across the continent so that we could capitalize on any accumulation around tourable cities.

This pairing of campaigns ensured a constant influx of new Australian fans.

With the band’s first show in a year coming up, our goal was to make it a blowout to set the precedent for shows to come.

We started by launching a Facebook event over a month ahead of the show date and making some organic posts to get that announcement hype going and stack event traffic. We find that the Facebook Event acts as a common portal for fans to reference information and buy tickets, and many choose this over the venue’s website.

Our first effort was to set up a 2-step advertising system where we retargeted the band’s existing audiences based on video views to continually stack up the event responses using an Event campaign on Facebook. We also ran some traffic to the ticketing page in case fans were ready to get their tickets early.

After a week or so of this basic push, we recycled out the ads for different creative while also turning on deeper retargeting ads that were aimed at those who were in the Facebook event, making a more personalized appeal to grabbing their tickets ahead of time.

By week 2 we had generated 40+ ticket sales and maintained this pace until we sold 100+ by day of show, with 100 more showing up at the door!

For a second show, a few months later, our team employed a similar strategy as before, but we were able to take three entirely new approaches to the campaign.

The team at the venue granted us three new levels of functionality to market the show. First, they installed Cloning’s tracking pixel on their ticket page for us. Second, they gave us advertising access to the venue’s Facebook and IG pages. Third, they allowed us to offer a band-specific discount code.

Because of these additional layers, we were able to use the venue page access to reach people who had previously responded to Facebook Events associated with the venue before, meaning we could appeal to a show-going audience SPECIFIC to that venue.

We were able to utilize the venue page to speak on the band a bit less humbly, and to reach a wider audience using cold targeting that had an easier time responding to the venue’s appeals rather than a band they may not have heard of yet.

Finally, pixel tracking gave us the ability to retarget those who had visited the page or abandoned cart, giving us a new view on what our “hot” audience segment was for the show.

With these new advantages, we ended up selling 143 tickets online and gathered 160 at the door for a total turnout of 303

These campaigns and results also prepared Cloning and our team for future successes around live concert marketing.

Content created from these shows can be used to retarget the band’s warm audience and show them what they missed out on to get them hooked for the next show. Using the exclusive discount code, we were able to generate email addresses during the ticket sales campaign. We also set up a landing page that could be accessed at the merch table night of the show for future discounts. Between these two efforts, we built the band’s email list from 0 - 100 full of fans specific to that location that can be reached out to in the future.

Between event responses, pixel traffic, and email addresses, we have a large retargetable audience that we can access to keep them warmed up and tuned in for the next blowout.