Case Study: How Lagerstein Sold Over $25k in Tickets For Their Independent Tour 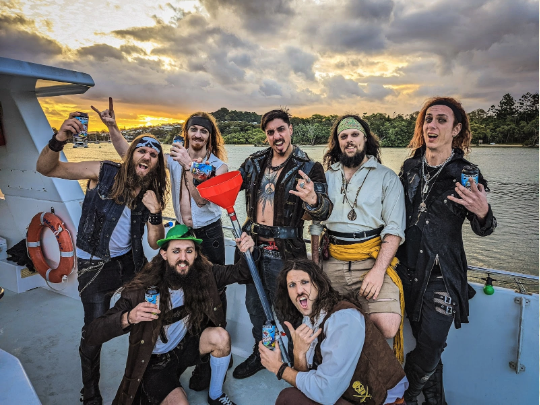 Lagerstein is a pirate rock band based out of Brisbane, Australia.

In June 2022 they onboarded to IndieX seeking assistance on promotion for their upcoming Rock this Cruise tour - a 4 show cruise tour featuring performances and theatrics live from an actual pirate ship.

The tour featured shows in Melbourne, Sydney, and Brisbane (x2).

Despite a supportive fanbase and awareness in the regions listed above, Lagerstein had never attempted shows of this magnitude. It is important to note that tickets to the show were $100 per.

In order to help sell tickets to this event we immediately set out to organize and promote the show on all fronts with the band. We primarily targeted segmented blasts to their email list and ads to their warm audience, while the band also made consistent posts on social media.

On the email send strategy, we targeted people by city over the course of a few weeks. We also used specific language in each email to speak to where people were in the ticket buying process / date proximity to the show. An important feature that was utilized here was segmenting and calling out each city individually.

On the paid traffic side of things we ran a warm audience campaign targeted at conversions. Again, we called out each city individually at the ad level.

As a result of the emails and ads, Lagerstein sold out their first show in Brisbane within a couple of weeks of announcing the show. The demand was so high that they added a second show.

Overall, the band ended up selling over $25,000 AUD in tickets for the tour. The ads performed well with a ROAS of 2.5X.

Lagerstein now has developed the target markets into regions where they can not only return and continue to put on creative shows, but also charge a fair price per ticket.