The Spotify Ad Method That’s BLOWING UP My Music Fan Base!

How I'm Growing My Fan Base On Spotify

Two years ago I was, for all intents and purposes, a new artist, just getting back into releasing music and trying to build a fan base.

At the time I was a solo artist. Now, I’ve been releasing a new song every two weeks for a full year with my new group SOMEKIDPUNK. Starting from 0 fans in June of 2021, we’ve grown to over 24,000 monthly listeners on Spotify, 3600+ followers on Instagram, and thousands of real fans who stream every release, watch every new video, and engage with us in comments and messages.

Here’s a snapshot of where my new group, SOMEKIDPUNK, is at today in May of 2022. We’ve had about 67 thousand streams from 24 thousand listeners in the last 28 days. Our popularity score on Spotify is 32 out of 100 - this score tells Spotify how popular we are relative to the rest of the artists on the platform. For reference, soul legend Otis Redding has a popularity score of 72, and the punk band Dead Kennedy’s sits at 58. So, 32 ain't bad for a year old multi-genre music collaborative that nobody's ever heard of.

We’ve gone from 0 to 3600 followers on Instagram - every one of these followers was earned through advertising our music.

Currently, we have 2 songs rotating on discover weekly. One from July of last year, and one we released just before New Years a few months back. These also happen to be the most well received ads we’ve run, which is not a coincidence.

And, we didn't get here overnight. It's been a fairly consistent, predictable climb. For all of last year, we promoted completely organically, except for some boosting of our video content posts on instagram. Then, when we turned on the ads earlier in 2022, this is what happened:

We have consistently put out a song every two weeks. To start off, we got together a backlog of finished songs leading up to June of 2021. In total, we were able to get finished mixes of 8 songs before we launched.

I began filming every recording session and cataloguing and storing the footage in early 2021. Then, we dropped our first single in June. I also began editing together 1 minute documentary snippets of our creative process and putting them out on instagram as carousels of videos. Sometimes there was a single 60 second video, sometimes there was ten of them, but each one covered a different day.

After a while, I started boosting these posts on instagram. Nothing crazy, just using the in-app ad platform to distribute it to a lightly targeted audience based on the different genres we made songs for.

That went pretty well, and we spent all year, up until the fall, publishing these documentaries and boosting them. One of the songs we released, "Pickup", was particularly catchy, and before we even put it out, people were demanding its release in the comments of our videos.

When we put it out, it immediately became our most streamed song. And, later that year, it began to pick up Discover Weekly distribution.

This is exactly what artists should be focusing on when it comes to Spotify.

Not buying spots on user playlists, not playlist plugging services, and not editorial playlists. Algorithmic playlists are not only far more heavily streamed by users, but they are laser targeted with some of the best artificial intelligence in use today and they deliver unheard songs to people who are nearly guaranteed to love them. Because we had so much qualified listenership going straight to Spotify to stream pickup, we got a small discover weekly bump at first. That was successful. Then we got a bigger bump. Then bigger, then woosh. Massive spike.

Around the fall, our first documentary series. This was fun to make, it was cool, and it provides a lot of context to new fans about who we are and what we’re like. It builds a world. But it's not what got us to where we are today and it's not what is going to push us to new heights. It's just a strong foundation. I recommend that any artist takes time to build their world - content that fans can binge, and dive into, before trying to generate an avalanche of new attention.

In the fall, my wife got pregnant, and my life got hectic. We continued to release new singles every two weeks, and work together on a weekly basis, and film it all, but I stopped putting out video content.

Then, at the beginning of 2022, I met with the lead account strategists at our music marketing agency, IndieX, to form a plan to promote SOMEKIDPUNK using the strategies that are working best right now.

Luckily, Ed Isola of indie folk band The 502s is one such account manager. He had recently been generating unbelievable success with Instagram Reels ads using our Fan Finder video ad strategy. This strategy involves using candid, "what you hear is what you see", style performance videos to generate attention and listeners. So, that became my strategy. I took all of the footage I had of us recording the 20 or so songs we had put out, and began to sync it to the finished tracks so that you could see the exact moments you were hearing as they were being recorded. Then, I cut those all into high-action, catchy, 30-60 second vertical videos, and published as many as I could. To this day, I am still working through the footage and trying to get more reels out to represent all of the songs we’ve put out so far.

I then put dozens of reels ads into these audiences. Each audience was showing up to 20 different reels ads at once, and Facebook/Instagram Ads Manager was figuring out which reels ads worked best for each audience on Instagram.

After a while, the campaigns settled down to a meaningful target cost of around .15 to .25 cents per click. While this may seem like a lot, it's exactly what we were going for.

Each of the ads in this campaign, when clicked on, sends users to our Spotify profile.

Here’s the interesting thing - one of the 20 songs we are advertising has performed far and away the best. It's for a song we released on new years eve of 2021, a song almost nobody streamed up until we started running ads, called “We Don't Make It To Midnight.”

This song has brought in more fans over the last two months than we brought in during all of 2021. And, we almost missed it completely. We would have never known what a strong performer it was if we hadn't just made reels for everything and let the ad platform figure the rest out.

Two weeks ago, this song received its first discover weekly distribution and became our second most streamed song and our second breakaway single, right after "Pickup".

The sentiment surrounding the song has been crazy, and it's a side of our sound that is completely separate from the pop/rap feel of "Pickup". We are now getting fans from two completely different genre spaces, and they’re cross pollinating across all of our singles.

The costs on these ads continue to drop, and the number of fans we recognize in our comments and DMs continues to grow. What’s got me the most excited is that there is no telling what songs might be the next to prove breakout hits among our fan base.

Having a different Fan Finder for every song, we’ve effectively automated our own A&R. Using postmarketing and the Fan Finder Method, we’re backtesting months old songs to find hits using a real, live audience, many of whom become fans of the project overall. Its killing three birds with one stone, for far less budget than an indie label would spend on the same processes.

It's not magic, its just good marketing, and you can do it too.

Our Fan Finder Method training has been completely updated. It now features direct recommendations and tutorials from our IndieX agency specialists, including Ed Isola and Jack McCarthy. It covers how to plan, shoot, and edit Fan Finder style videos. Whether hiring a videographer, recording on a smartphone, or breaking out a mirrorless camera. It covers how to distribute these videos organically on all major platforms to get the most for your effort before you even turn on any ads. And, it walks you through advertising these videos on Instagram, TikTok, YouTube, and the original platform, Facebook, with step-by-step tutorials from our agency specialists.

It also covers frequently asked questions about the strategy, so even if you’ve never advertised before or even if you’re used to advertising in a completely different way, you’ll have everything you need to get fans every day from any platform - no budget, micro budget, or big budget.

And, for our blog reading audience, if you use this link you can save over 50% on the training and get some bonuses thrown in. If you don't like the training, you can request a refund any time within 60 days and our team will refund you immediately, but you keep the bonuses as our gift.

Our growth over the last few months has been a night and day difference from the organic hand-to-hand combat we spent all last year accomplishing. But, knowing we have a solid foundation, I feel confident we’re going to be able to scale our efforts and grow by 3 to 10 times this year. We’ve got over 30 recorded and mixed songs, some out already, that don't have reels yet. I’m willing to bet, within that set, there's at least 2 or 3 more breakout hits and high performing ads to be found that start getting us loads of new fans both on and off Spotify.

I haven't been this excited about music marketing since I started Indepreneur in 2017. I feel like a whole new regime of strategies and possibilities is taking shape after a massive transitionary 2020 and 2021. And, I think there are many Indies out there, maybe even you, who are going to use, adapt, and even improve these new methods that are creating such drastic results for my group, and for all of the indies who make this community special.

Again, if you want to learn how to use the Fan Finder Method, click here to learn more! 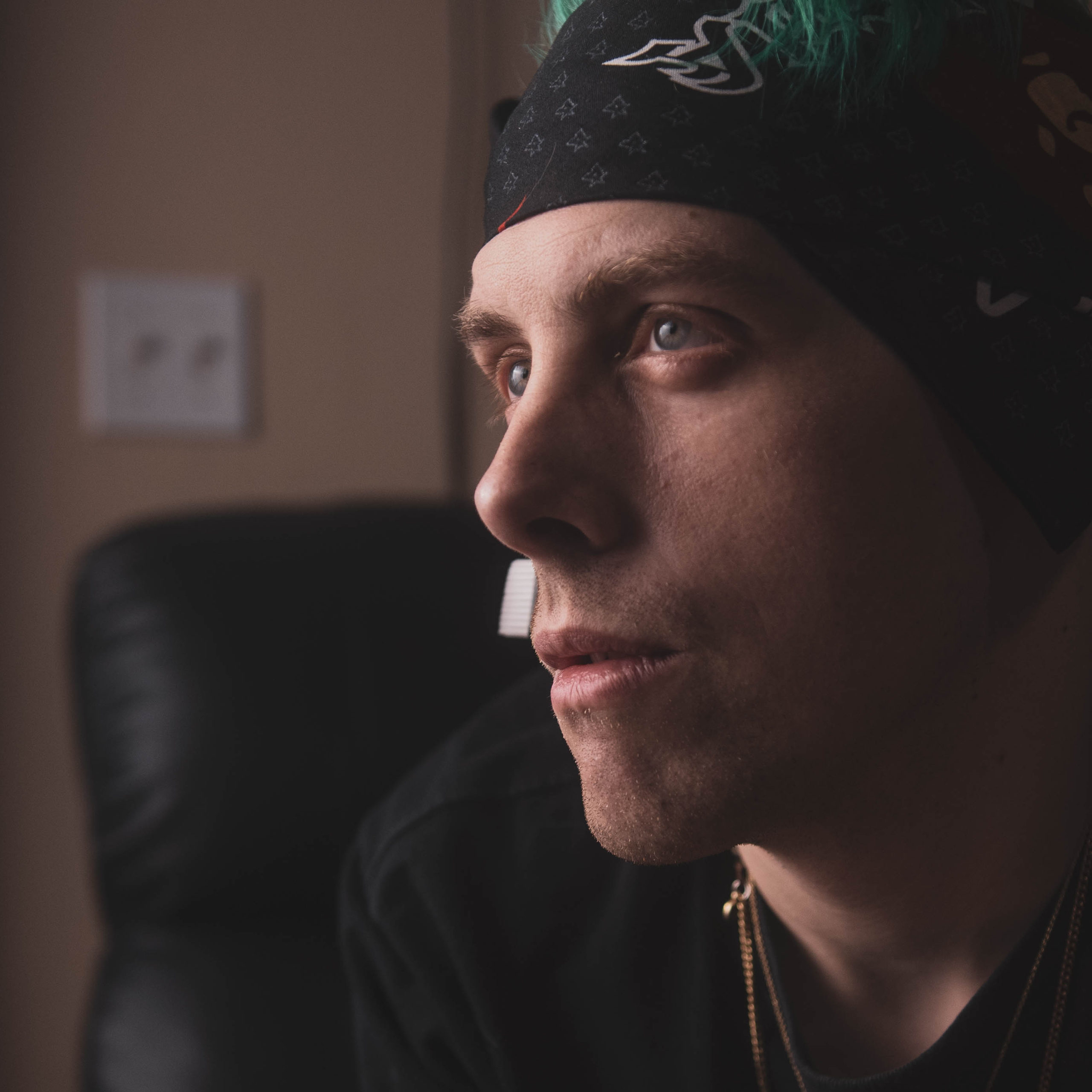 Circa started Indepreneur with the intention of enriching the lives of independent musicians by testing, optimizing, and teaching direct response marketing strategies for music business. As a welcome side-effect, Circa has attracted a team of the world's foremost disruptors in the music industry.

If you aren't yet part of our Indie Community, you can get access to our entire library of music business trainings, our entire suite of exclusive discounts on partner products and services for musicians, our 4000+ private community of Indies, and weekly live stream Q&A's and coaching calls by signing up for INDIEPRO!

Just click below to join for a $1, 30-day trial and see what all the fuss is about