How To Make A Fortune Off Of…. Selling CDs? 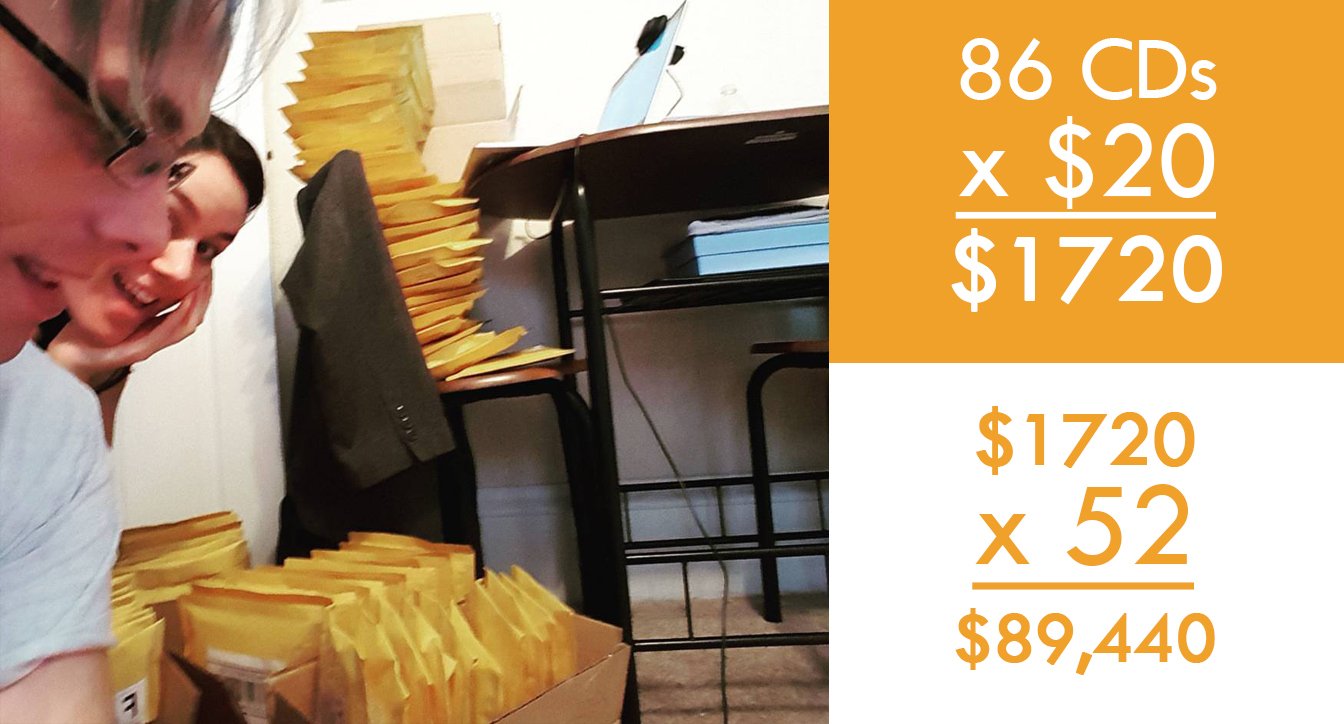 “Digital downloads are the future”…

And it makes sense – CD sales have been declining for over 10 years as revenues from digital downloads and streaming continue to climb. But they’re wrong.

I know they’re wrong because we’ve managed to help a single artist generate $3000+ per month for the last 4 months straight from the sale of physical CDs. So why is the industry telling us selling CDs is dead?

In this article, we’re going to explore the “why” behind this troubling myth and show you the math and psychology you’ll need to decide if printing CDs is a good fit for your career.

Major Label CD Sales Are Down

This is what bloggers mean when they say that “people don’t buy CDs anymore”. For the past 15 years, CD sales have been falling and digital music sales have been rising. That is, according to data from SoundScan and a number of other agencies that record industry sales data. But these statistics are mostly populated by Major Label sales figures – not independent music sales figures.

Also, not all independent musicians choose to report their CD sales to SoundScan. Of those that do, not all of them are able to record every transaction. So, a lot of data from independent music sales gets left out of this figure.

Lets look at things logically for a moment…

When people make audacious claims like “physical media is dead”, they are making a statistical statement about a large sample of the population. They are really saying “Physical CDs are being purchased less and less often”.

But, the people that buy music are not some mindless herd that operates off of simple, statistical rules.

When the “experts” phrase it like this, the implied message is that music fans in general don’t want to buy CDs anymore. And THAT is the part that is bogus. Yes, CDs are being purchased less… but why is that?

Nobody actually NEEDS to possess your music. For almost 20 years, music has been widely available for free on the internet. Before that, music could be recorded to tape from the radio. And, similarly, nobody actually NEEDS your band shirt. They probably have a closet full of shirts.

“People buy products from artists as a token of their relationship with that artist.”

So, when they say that “physical media is dead”, they are really saying that CD sales are down. And if CD sales are down, it’s because artists, specifically the big name artists that represent the largest chunks industry-wide sales, are not creating the type of relationship with their fans that inspires them to purchase products.

It can be very dangerous to make ridiculous claims like “physical media is dead”. Lady Gaga has a very strong relationship with her fan base. If she decides to put out her next album exclusively on cassette tape, do you think her “Little Monsters” won’t buy it?

Are they going to miss out on her latest artwork because they can only get it on cassette tape?

Of course not. To assume that would be ridiculous. They may even want it more, because now it has a layer of mystique and exclusivity. The point I’m making here is that the record industry appears to be following industry-wide data instead of leading it.

Understand that people buy CDs as a token of the relationship between them and the artist they follow, not because of a price or a format. The music industry used to use CDs as a vehicle to force you to purchase the music to actually listen to it. That doesn’t mean that’s why people buy them. And, just because it doesn’t work for them anymore doesn’t mean you shouldn’t try to sell CDs.

Streaming is a ubiquitous source – I turn on Spotify and use playlists, radios, and recommendation algorithms to tailor a constant stream of music for my eardrums. I merely enjoy that which I love about artists by streaming their music I do not celebrate my love for artists by streaming their music. I do that by actually buying something from them or seeking some deeper level of connection with them.

This is one of the reasons why touring is rising along with streaming. Fans have access to more music from the artists they love. Since they can already listen to the CD, purchasing the CD seems arbitrary. So, they buy tour tickets. They buy band t-shirts. And the data supports this notion:

CDs Can Still Be Your Most Profitable Revenue Source

Let’s assume it will cost you $2 in marketing and advertising to generate a sale for one of these CDs.

Then, let’s assume that the average retail value of the CD is $16.

There isn’t a single short-term investment opportunity in the world that can reliably yield that kind of ROI. With the production and marketing costs of t-shirts, hoodies, and yes, streaming, you could not find a better return on investment. CDs are still a viable and effective product. 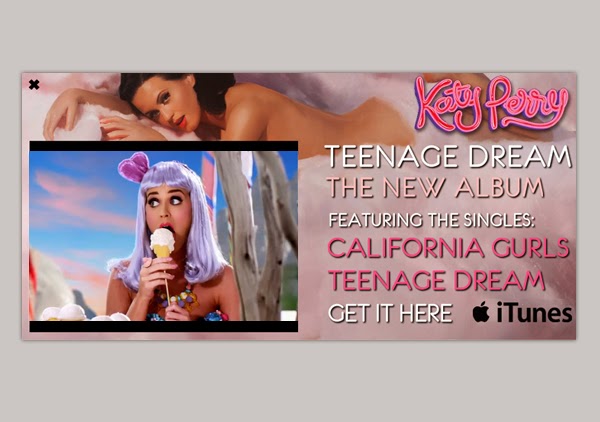 The music industry can’t make a compelling offer to save their own lives (or 70,000+ jobs). So, when it comes to marketing and selling your CD, it’s best to be creative.

Our Indies don’t just offer CDs – they offer autographed, personalized, and, in some cases, limited edition CDs. They offer bonus content with their CDs. They turn their CDs into Lifetime VIP Passes to all meet and greets.

The problem has never been the product. The problem is and has always been the offer. If you want to make a living selling CDs, you don’t need a Lady Gaga sized audience. You just need a small, die-hard, grass-roots fan base, and a really compelling offer.

Saying “CDS ARE DEAD!” is a great way to rack up blog hits and scare your market into trusting you. It also effectively hides the shortcomings and fuck-ups of major record label executives, A&Rs, and managers. It puts the blame of falling sales on technological advancement.

If you build a strong relationship with your listeners, they will support your music by making purchases, no matter the format. When it comes to the music business, it is rarely about the product you are selling. Your sales and profitability will live and die on the relationship you build with your audience and the offers you are creating for them.

You can make a silent fortune selling “dead” CDs.